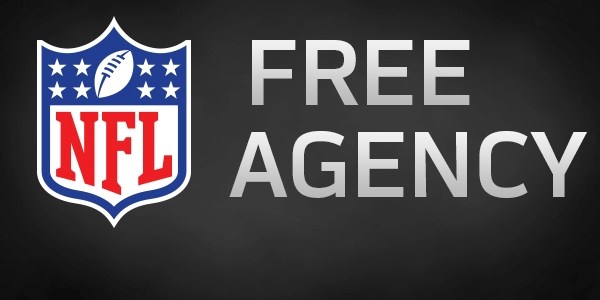 A player with three accrued seasons and an expired contract is a restricted free agent. A restricted free agent is free to negotiate and sign with any team, but their original team has options to restrict player mobility. Teams can offer one of various “qualifying offers” (aka tenders) to a player to ensure itself the Right of First Refusal and/or draft-choice compensation. Teams must submit qualifying offers to players before 4PM EST on March 14.

The different types of qualifying offers are below:

NOTE: Each of the following tenders provide the player’s original team with the Right of First Refusal to any signed offer sheet. Also, tender values are set each season and the dollar amounts below (a) represent 2018 values. Values increase annually by the percentage increase (if any) in the Salary Cap over the prior League Year, subject to a minimum increase of 5% and a maximum increase of 10%.

The player receives a one-year contract worth the greater of (a) $4.149 million or (b) 110 percent of the player’s prior year’s Paragraph 5 (base) salary. Should the player sign an offer sheet with a new team that his original team declines to match, his original team is entitled to a first-round draft pick from his new team.

The player receives a one-year contract worth the greater of (a) $2.914 million or (b) 110 percent of the player’s prior year’s Paragraph 5 (base) salary. Should the player sign an offer sheet with a new team that his original team declines to match, his original team is entitled to a second-round draft pick from his new team.

A player receives a one-year contract worth the greater of (a) at least the Right of First Refusal tender ($1.907M) or (b) 110 percent of the player’s prior year’s Paragraph 5 (base) salary. Should the player sign an offer sheet with a new team that his original team declines to match, his original team is entitled to a draft choice from his new team equal to the round the player was originally drafted in.

A player receives a one-year contract worth at least $1.907 million. His original team has the right to match any offer sheet the player signs with another team, but the original team is not entitled to draft choice compensation. Each of the tenders ensures the Right of First Refusal, which is why this is the least used tender of the four.

A player with an expired contract and fewer than three accrued seasons is an Exclusive Rights Free Agent. If his original team offers him a one-year contract worth the minimum salary (based on Credited Seasons), the player cannot negotiate with other teams. If he’s not made an offer by the start of the new League Year, the player can immediately sign with any team.

If a player is released but is currently unable to perform football duties (i.e. doesn’t pass his physical), the player is entitled to any money in his contract protected against injury. An injury-only guarantee is the most common in terms of partially guaranteed money.

If a player contract is terminated because, in the team’s opinion, he does not have the requisite skill (due to a loss or lack of skills comparable to others on the team at his position), the player will be entitled to any money that is protected by a skill guarantee.

If a player contract is terminated so that a team can get under the salary cap, sign a free agent, or re-sign one of its current players, the player is entitled to any money that is protected by a cap guarantee.

Paragraph 5 Salary is often referred to as a player’s “base” salary. This salary is written into the 5th paragraph of every NFL player contract, hence its name. A player’s P5 salary is the base salary a player receives for a given season. The NFL CBA sets league-minimums for base salaries based on the number of Credited Seasons a player has earned. A player’s “game check” is 1/17th of his Paragraph 5 Salary. When a player is suspended for a game, he is docked 1/17th of his P5 Salary.

Paragraph 5 salaries count against the salary cap in whole during the season they are earned.

Although not typically paid out immediately, a signing bonus, as the name suggests, is an upfront payment a player receives for signing his contract. When it comes to salary cap accounting rules, signing bonuses and base salary are treated completely differently. Signing bonuses are prorated over the life of a player’s contract, up to a maximum of five years.

This is how the Lions could afford to give Matthew Stafford a $50 million signing bonus. For cap purposes, Stafford signing bonus counts $10 million against the Lions salary cap for each of the next five seasons.

A roster bonus typically counts, in full, against a team’s salary cap in the League Year that it is earned. The exception is when a roster bonus is guaranteed for skill, cap, and injury at signing. These roster bonuses are treated like a signing bonus and prorated over the life of the player’s contract, up to a maximum of five seasons.

Teams who don’t want to push large amounts of guaranteed money into future cap years have begun to use the roster bonus as a way to skirt proration.

Another form of the roster bonus is the “per-game roster bonus.” These bonuses reward a player for being available and are earned on a weekly basis by either being on the team’s 53- or 46-man roster during the season. This type of bonus puts the onus on the player to stay healthy and favors the team tremendously.

For example, a player with a $1.6 million per-game roster bonus for being on the team’s 46-man gameday roster will earn $100,000 for each game he is active.

An option bonus is similar to a roster bonus, but it is different in a few ways. Rather than a player being rewarded for remaining on a team’s roster on a given date, an option bonus gives the team the ability to either pay the bonus to keep the player or terminate the player’s contract. It is also different in terms of salary cap accounting practices. Unlike roster bonuses, option bonuses are treated like a signing bonus and prorated over the remaining years of a contract (up to a maximum of five seasons).

A workout bonus can also be added to a player contract, and a player will earn it by participating in the agreed upon percentage of the team’s offseason workout program. Many big veteran contracts contain workout bonuses as an incentive for veteran players to attend voluntary workouts.

Incentives in a player contract are limited to the list provided in Exhibits A-C in Article 13 Section 6 of the NFL’s Collective Bargaining Agreement.

LTBE incentives count against the team’s salary cap in the current season. If a player doesn’t achieve these incentives, the unearned money will be credited to the team’s cap the following season.

A salary escalator is similar to an incentive because it is also triggered through attaining performance goals. However, the payment is not guaranteed to be received.

An incentive is guaranteed once it is earned, while an escalator is not. A triggered escalator translates into a raise in future years of a player’s contract, but if a player earns a P5 salary escalator to a season that is not fully guaranteed, he will not reap the rewards of attaining his performance threshold if released before the season in question.

Contracts can also contain de-escalators that lower a player’s salary in a given season if performance measures are not met.

The “dead money” in a player’s contract refers to salary a team has already paid or has committed to paying (i.e. signing bonus, fully guaranteed base salaries, earned bonuses, etc.) but has not been charged against the cap. In business terms, it is essentially a “sunk cost.”

Any money a team actually pays a player, outside of a maximum of five $5,000 community relations/sponsor appearances, must be accounted for against the salary cap.

If there is dead money in a player’s contract and he is released or retires, that charge will accelerate onto the current year’s salary cap.

Teams can spread this cap hit over two seasons by releasing a player after June 1. Not only can teams release a player post-June 1, but each team also has the ability to designate two players as a June 1 releases, which allows them to cut a player before June 1 and still get the same cap treatment. However, the cap savings created by a June 1 designation does not take effect until after June 1.

Essentially, the salary cap is much like a credit card, minus the interest. Anything that is paid out to a player must be paid back to and accounted for against the salary cap at some point.

A player’s number of Accrued Seasons is used to determine his free agency designation (unrestricted, restricted, exclusive rights). In order to accrue a season, a player must be on (or should have been on) full pay status for 6+ regular season games in a given season.

A player cannot accrue season if he is on the Exempt Commissioner Permission List, the Reserve Physically Unable to Perform List as the result of a non-football injury, or a team’s practice squad.

A player will also not accrue a season if he is under contract with a team and doesn’t report to that team at least 30 days prior to the start of the regular season.

Credited Seasons are the most frequently used form of experience. In order to be credited a season, a player must be on full pay status for a total of three or more regular season games.

A player who is on the Exempt Commissioner Permission List, the Reserve PUP List, a team’s practice squad, or the Injured Reserve List will not accumulate games towards a Credited Season.

Credited seasons are used as the threshold for many benefits from the retirement plan, post-career health care to the savings and tuition assistance plans and more. The most notable is a player’s minimum salary, which is also determined by the Credited Seasons a player has earned.

WHAT MAKES UP A PLAYER’S CAP HIT IN A GIVEN SEASON?

A player’s cap hit is made of various elements and does not reflect how much a player is paid in a given season but how much a team is charged against the cap in that season.

Let’s use Giants pass rusher Olivier Vernon’s contract as an example. Vernon signed a five-year, $85 million contract with the Giants in 2016. Vernon had a $20 million signing bonus and a $7 million roster bonus in year one (2016). Prorated over the five years of the contract, that signing bonus will count $4 million in each of the five years of the contract, while the roster bonus counted against the cap in its entirety in year one (2016).

Signing bonus proration allows teams the flexibility to pay out more cash than it is charged in cap in a given season.